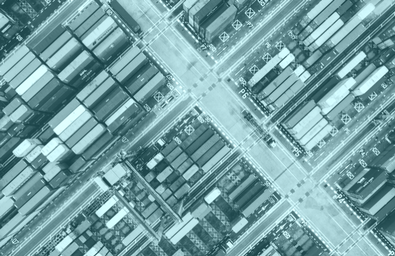 Stevedores lift containers on and off container ships at our major ports and play an important role in the nation’s supply chains. Stevedores have recently begun rebalancing stevedore charges towards an increased proportion of revenue recovered from infrastructure surcharges (i.e. recovering more of their total revenue from land-side services and less from quay-side, even though quay-side revenues are still their main revenue source).  This has proved controversial and as part of the debate, Geoff Swier and Robert McMillan prepared an expert report on charging issues for Gilbert + Tobin, advisers to DP World.

We found that the traditional commercial arrangements for contracting and charging for stevedore services had meant – at least until recently – that charges paid by shipping lines recovered virtually all stevedore revenues. But over the past 3-4 years, the global container shipping market and associated supply chain has undergone significant disruption including rapid consolidation of shipping lines, consortia and services, reduction in demand growth, and increased competitive pressures due to introduction of a third stevedore in most major ports.

Widespread introduction of infrastructure charges – paid for by land transport operators – is a recent development.  We found that stevedore charges are not set to recover a target revenue level but are set according to normal supply and demand dynamics expected in a competitive market.  They appear more like a ‘basket’ of tariffs which are used in conjunction by stevedores, to obtain an overall level of revenue consistent with their commercial objective of obtaining a return on investment commensurate with market conditions.

Based on ACCC analysis in its annual monitoring reports it doesn’t appear to us that stevedores are engaging in excessive pricing. Operating cost margins and return on assets for the stevedoring industry have trended downwards over the past ten years.

In an article in the Australian Financial Review (‘Scurrah’s last grasp at port reform’, 3 October 2018) the ACCC chair Rod Sims concurred with our analysis: “The stevedores’ profits we understand, are still under pressure and they are using it [infrastructure fees] to offset revenue losses elsewhere.  We accept that line…”

So, what are the options for the users of stevedoring services? Seeking regulation is not the answer.

While our report did not explore this in detail, we think that workable new commercial arrangements can be developed. For example, it may be feasible for shippers to apply their bargaining power to influence the choice of stevedore given the total level of stevedore charges and service quality.  Perhaps a shipper could include the total stevedore costs it incurs as a factor it considers in awarding its business to a shipping line.

The AFR articles notes that the Freight & Trade Alliance, which represents the international supply-chain sector, accepts the need to consider a new cost recovery model.  We think the next step is for stevedores and their customers to engage constructively to evolve appropriate new commercial arrangements that reflect the recent disruptive structural shifts in the industry.

How can we help you?